Ups and downs this week, ups:

The talented King Carmen of Carmenland created a small Garibaldi Biscuit logo for me. This is even though she despises anything associated with squidgyness. Thank you for suffering through this Carmen. 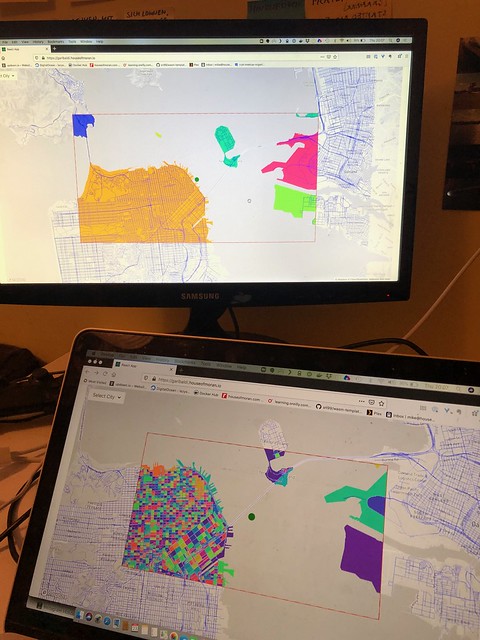 This here shows the same browser, same city, same area, but on different screen resolutions. Some areas are connected in one screen that are not in others. This is a known possible issue I have been putting off tackling for some time because I had some more important things to prove first. Thanks to Matt and Laurence for helping me find me this, and show now is becoming the time to fix it.

The problem occurs because I draw the streets on the HTML Canvas and then pass over an image of it (see below) to the Rust part to find connected regions and then return this as polygons. 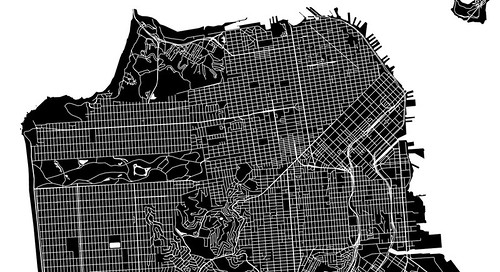 For simplicity, I use the same canvas to do this as I do for display, which means it has the same resolution as the display area. However, I think this means that on smaller resolutions the image ends up with some blurring which causes some areas to become connected.

The solution will likely be to have two canvases, one for doing crisp rendering at highest resolution (by making canvas bigger) and another for actual display. I've already thought about doing this for different reasons so have some idea of how it will work but will require a bit of refactoring.

I'd really like to fix this bug, but I think I'll do the refactoring first.